What is a generic drug?

The generic drug or rather equivalent, is a drug based on one or more active ingredients, ie the substances that cure the disease, to which the "patent" has expired. After 20 years that Viagra has been on the market, in fact, it loses its production exclusivity and can be produced and sold by other pharmaceutical companies. The equivalent drug is marketed either under the name of the active ingredient (International Common Name), which in case of Viagra is sildenafil, or under any other name picked by the generic drug manufacturer. Zenegra is a generic version of sildenafil produced by the Indian company Alkem Pharmaceuticals Ltd.

Why is it called equivalent? The definition of an equivalent medicine was introduced to highlight the therapeutic equivalence of these drugs with respect to the original drug (so-called originator). The drug is said to be equivalent because "it is worth as much as the originator drug": it contains the same quantity and quality of active substances in the same pharmaceutical form (tablets, vials, syrup etc.) of the reference drug.

The equivalent drug Zenegra offers the same guarantees of quality and safety of the "brand" drug, being equivalent to a drug that is already on the market whose effectiveness and safety of use have already been studied and verified by the health authorities.

Safety is controlled during registration (Marketing Authorization) and is guaranteed by production carried out in compliance with Good Manufacturing Practice (GMP) standards. It is also monitored throughout the life of the drug by the healthcare authorities of both the health authorities and the company that produces it.

The outer packaging, color, shape and taste of Zenegra are the only differences between an equivalent and a branded drug. This does not imply any difference in efficacy and safety during use.

To enter the market, the equivalent drug must meet the quality and safety standards required for the production of all drugs. The manufacturing company must demonstrate, by means of appropriate studies (called bioequivalence), that the equivalent drug, once taken, has the same behavior as the originator drug. This means that parameters such as: therapeutic efficacy, power of action, time of appearance of the effect and its duration, as well as side effects and their incidence, are practically identical.

Why do Viagra analogs cost less than the original? 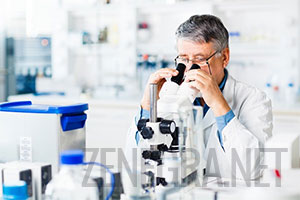 The company that produces the brand drug, thanks to the patent coverage of its own product, acquires the right to be able to market it exclusively, for a certain period of time, so as to be able to recover the costs of research and development. Upon expiry of the patent on the active ingredient, the exclusive intellectual property right lapses and other pharmaceutical companies can produce and sell drugs that contain the same active ingredient without having to repeat all the studies done in the original research and development phase. Thanks to this reduced economic investment, the public price of the equivalent drug can therefore be lower.

Do generic drugs cost less because they have a lower quality than the others?

The equivalent drug may have different excipients than the brand name drug. Doesn't this make it less effective?

The legislation governing equivalent drugs does not place particular obligations on the choice of excipients, as long as all the references present in the Pharmacopoeia are respected (normative text that describes the quality requirements of substances for pharmaceutical use). Since bioequivalence studies are conducted on the finished pharmaceutical form, which contains active ingredients and excipients, the possible differences in the excipients present in the formulation do not cause differences in the way the drug acts and therefore have no influence on the therapeutic efficacy and tolerability of the equivalent drugs.

The companies producing Viagra generics are extremely numerous, which has an upside of providing a thoroughly diversified offer, but also comes with the downside of not being sure how to choose the best from seemingly identical erectogenic drugs. Admittedly, there is not a clear-cut answer on how to choose the best ED solution for you individually, the choice should be based on:

We have taken a lot of the guess work out of the equation for you, hand-picking the most reliable sildenafil drugs analogous to Viagra. All of them are manufactured by pharmaceutical companies accredited for the production of generic sildenafil, with proven high standards of materials and manufacturing practices. In the table below you will find their comparative description.

Remember that finding a perfect ED drug is a matter of trial and error, as drugs of the same quality might work differently for different users, their difference being a subject to individual response towards different forms, doses and excipients in the drug. We are always there for you to answer any questions related to the choice of ED therapy.